What if we learned how to live forever by transferring our minds into new bodies? There are limited resources. Not everyone contributes to society in a meaningful way. How do you decide who deserves this new immortality?

You test your children.

Emma is determined be one of the first twenty of her fifty siblings to cross the finish line in a race designed to weed out the chaff so she can earn citizenship in Amaca. How much is she willing to sacrifice to get what she wants?

Where do the new bodies come from?

Violet’s bare feet slapped the snow-white metal floor, a rhythmic tap-tap-tapping sound, which rang shamefully down the long corridor. She had slept in, woken alone, and nearly vomited on seeing the time. Missing class was one thing; missing Chaff Day, well, that was a nightmare come to life.

This was her fault. Not two days ago, she had had a full-on conniption when Naomi woke her before morning bells. Everyone had seen it, had stood back as it happened, and so, as penance for being a total slice to wake up, they had let her sleep – thanks guys.

She tore off her clothes, wadded them into a ball, and tossed the mass into a wall pit as she veered to the right. The hallway narrowed and dipped. She heard the applause, the enthusiasm of the crowd, and felt her heartbeat double in her chest.

A gear-and-piston wall panel opened, and Violet snatched up the folded race clothes of a novice. Changing mid-run, her legs and arms flailing ridiculously, she cursed as her shorts tore along one side. Fine. Perfect. Now, it would be a real show.

There was no way to put on her shoes, a pair of green mag-levs, while running, so she tucked them under an arm and poured on the speed.

The corridor snaked to the left, widened, and spat Violet out into the open air of the stadium. Blinding sunlight and the familiar oven-heat of the metal track slid like puzzle pieces into her mind, and her worries evaporated – This was Chaff Day!

The stands were filled with Amacan citizens and their robots. News cameras zipped like angry flies around the track, regurgitating their sticky images onto the floating projection vids above the arena.

On screen, Violet’s desperate run down the corridor – a bed-headed demon-blur of naked flesh – replayed in slow motion for all of Amaca to see.

They knew she was late!

Did they know she missed sessions?

A cold sweat formed on the back of Violet’s neck as she jogged to where her family, a pod of forty-nine, waited.

“You blew it,” snickered Steve. At seventeen, muscular and dim-witted, he was the class tough. “They’re going to disqualify you for skipping class.”

“I was there.” Violet pushed charcoal-black hair out of her face and stuck her tongue out at him. It was a childish move, but the fly-cameras loved it. “Check your band.”

Bell, her best friend, and sister, looked up from the digital visiband they all wore. Her soft gray eyes widened with amazement. “But, I didn’t see you there.”

“I was in the back,” said Violet, bending to pull on her shoes. She loved mag-levs. They made her feel like she was flying. “Just came in late.”

Steve’s narrow mouth tightened with confusion as he scrolled through the morning roster. His green eyes burned. “This is wrong.”

Violet shrugged and moved to tighten Bell’s shoes; the smaller girl never locked them properly. Looking up, she smiled reassuringly. “You’re going to do great.”

Blinking back nervous tears, Bell nodded. She was blond, tan, and wiry. “You to.”

Violet sprang at him, her fist descending. “Did not!”

Sal is a sawbone, a robot surgeon, designed to replace human organs and tissues in a drive-by-clinic sort of way. He’s good at his job, underappreciated, and completely unprepared to be taken hostage by a young girl with pink hair and ties to the robot resistance. Soon Sal finds himself operating on robots that have become humans – only better, and must decide if he will join their fight for robot rights. This novelette is the 2nd in the “Sick Robot” series- I hope you enjoy SAWBONES. 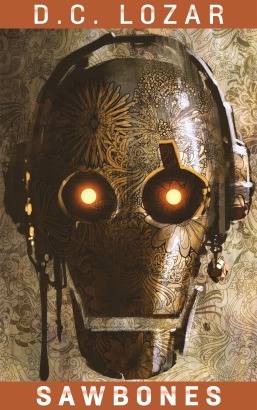 I just published the first in a series of short stories on Kindle that explores what it means to be human from a robot’s point of view.

Robots don’t get diseases, get old, or die. But, what if one of them did get sick? What if it was contagious?

I hope you’ll consider purchasing Sick Robot: Bloodletting (.99) and leave positive feedback if you enjoy it. 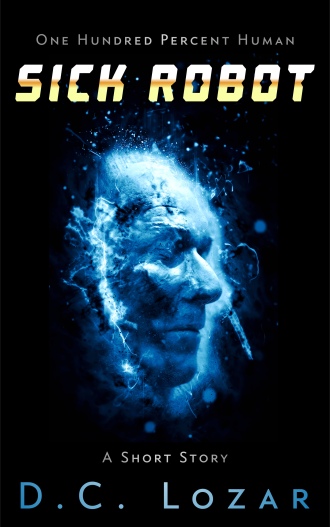 The irony of a Sick Robot appeals to me in that I am amazed at our ability as a species to emphasize with one another. We sacrifice time, money, and resources to help people we don’t even know and say it’s the right thing to do. Yet, when an inanimate machine ceases to function, despite years of loyal service, we often throw it out without a second thought.

What if the inanimate machine, an android, were given human emotions? Knowing who created them, not to mention why, would lead them down rabbit holes many humans have left unexplored. The gift of life carries with it the curse of inevitable death when a single robot’s infection spreads as quickly as the rebellion it sparks. 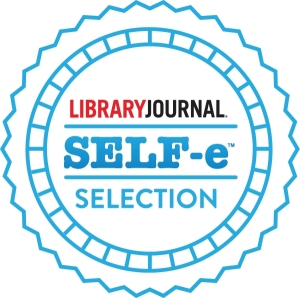